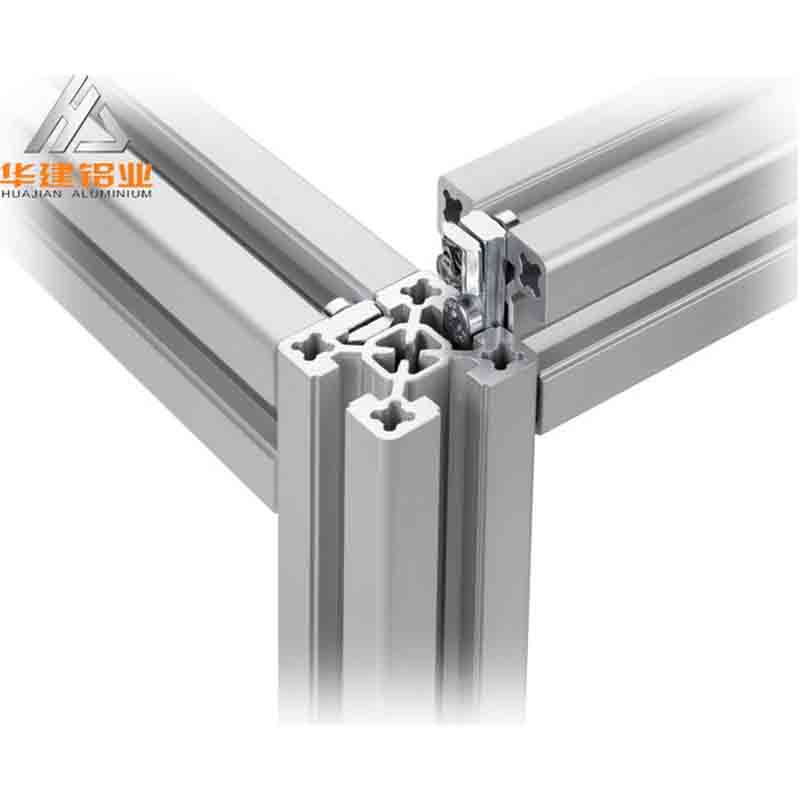 
Send email to us

Now Huajian aluminum alloy frames and brackets occupy most of the industry market and replace a lot of steel consumption. Why are aluminum alloy profiles so popular? We would like analyze our aluminium profile’s advantages comparing to  steel.

1.Appearance:There are many surface treatment methods for aluminum alloy profiles, such as anodizing, chemical polishing, fluorocarbon spraying, electrophoretic coating, etc. The appearance is beautiful and can adapt to various environments with strong corrosion effects.

The general processing methods of aluminum alloy profiles include extrusion, casting, bending, stamping, etc. Extrusion production is the current mainstream production method. By opening the extrusion die, any cross-sectional profile can be produced, and the production speed is relatively fast .

Steels generally use rolling, casting, bending, stamping and other methods. At present, rolling is the mainstream production method for producing cold-formed steel. The cross section needs to be adjusted by a rolling wheel set, but the general machine can only produce similar products after being shaped. , The size is adjusted, and the cross-sectional shape cannot be changed, such as C-shaped steel, Z-shaped steel and other cross-sections. The rolling production method is relatively fixed and the production speed is relatively fast.

At present, the main anti-corrosion method of the bracket is hot-dip galvanized steel 55-80μm, and aluminum alloy is anodized 5-10μm.

Aluminum alloy is in the passivation zone in the atmospheric environment, and a dense oxide film is formed on its surface, which prevents the surface of the active aluminum matrix from contacting the surrounding atmosphere, so it has very good corrosion resistance, and the corrosion rate increases with time. Under normal conditions (C1-C4 environment), the thickness of 80μm galvanized steel can be guaranteed to be used for more than 20 years, but in high-humidity industrial areas or high-salinity seashores or even temperate seawater, the corrosion rate is accelerated. The amount needs to be 100μm, and it needs to be maintained regularly every year.

For example：analysis of Photovoltaic solar case

(1) Aluminum alloy profiles are light in weight, beautiful in appearance, and excellent in corrosion resistance. They are generally used in home roof power stations and strong corrosive environments that have load-bearing requirements.

(2) The steel has high strength and small deflection and deformation when under load. It is generally used for ordinary power stations or for components with relatively large forces.

Write your message here and send it to us